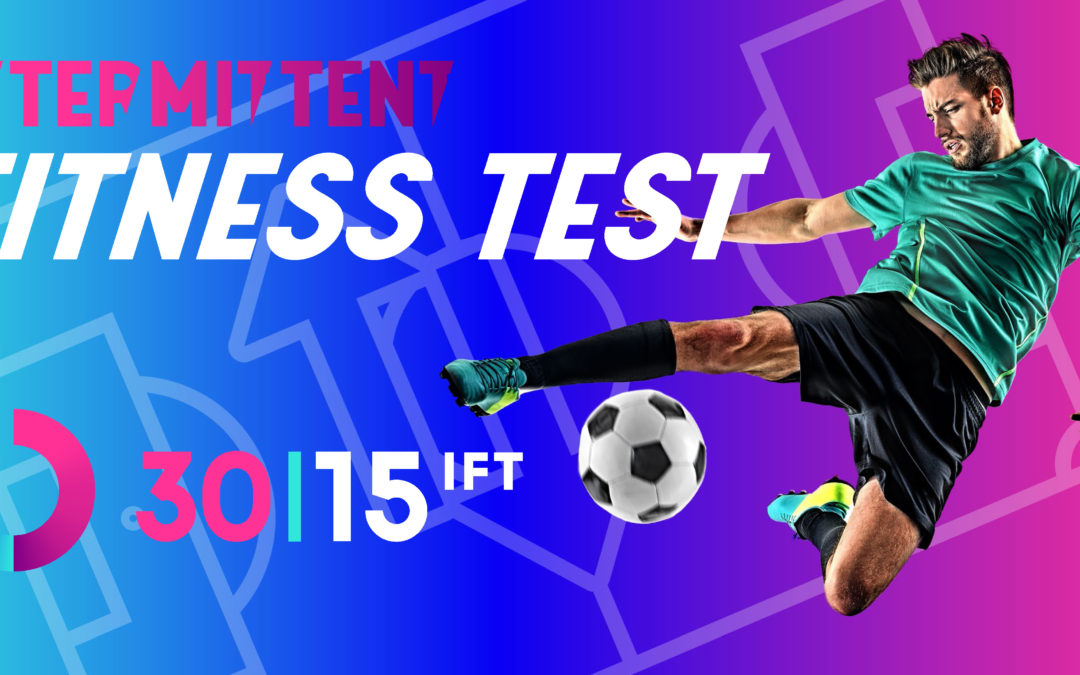 Fitness testing is an important part of the pre-season player screening process. Depending on cultures and preferences, various submaximal or maximal tests are used in soccer, including continuous linear, continuous non-linear or intermittent non-linear (e.g., Yo-Yo and 30-15 Intermittent Fitness Tests, 30-15IFT) protocols. Among these, the 30-15IFT remains the only test that can mimic the physiological demands of most team and racket sports, and be used i) as a performance measure (peak test running speed, VIFT), ii) to assess a players’ locomotor profile and iii) to improve high-intensity interval training (HIIT) prescription.

But a critical question for the practitioner remains: when is the best time to implement the 30-15IFT within the pre-season phase?

The aim of our paper, published in SPSR, was to describe a simple and effective way to program the 30-15IFT in relation to both session and weekly loads in an elite academy setting. 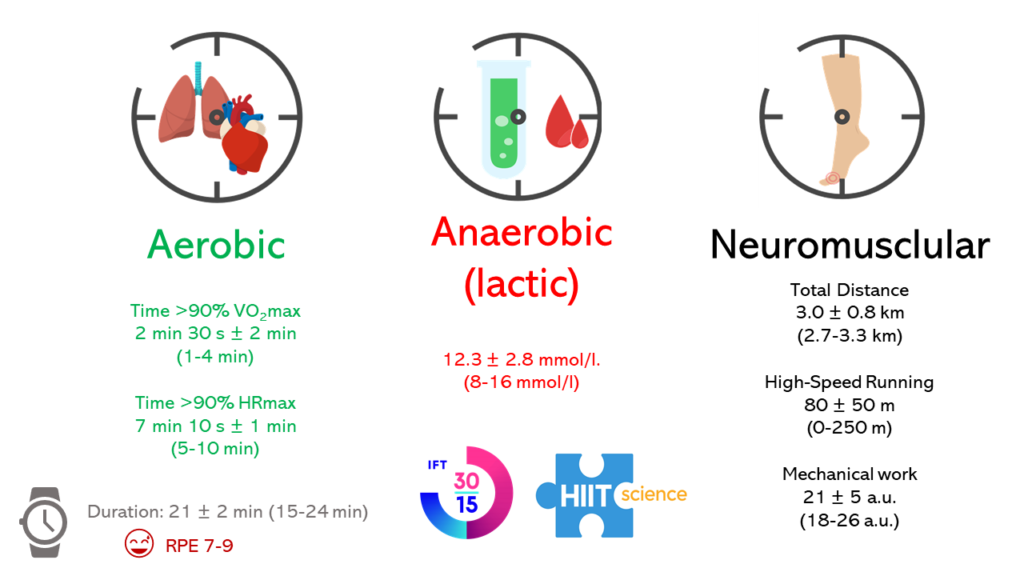 Figure 1. Physiological responses to the 30-15IFT based on the HIIT Science terminology (6), for an average test performance (peak speed reached, VIFT) of 19.5 km/h. HR: heart rate. TD: total distance. HSR: high-speed running (>19.8 km/h), MW: mechanical work, RPE: rate of perceived exertion (0-10 scale). The range of values provided are directly linked to test performance (i.e., the faster the VITF, the longer the test and the greater the load), but also reflect individual variability in the response to a similar VIFT.

Figure 2. Within-session example integrating the 30-15IFT. Drills 1: low-intensity possession games (with at least 6 to 8 players per team to decrease mechanical work. Drills 2: Tactical-oriented work such as directed games (the coach regularly stops the play to provide feedback to different player lines or different teams) or set pieces (for a TD of 3-4 km, no HSR and MW 20 a.u). Top up: additional 50-200m of HSR with low metabolic demands (HIIT Type 6 (6)) such as 2-4 x box-to-box runs within 12-15s interspersed with >30s of rest, with more repetitions for those not having performed above 19km/h at on the test. 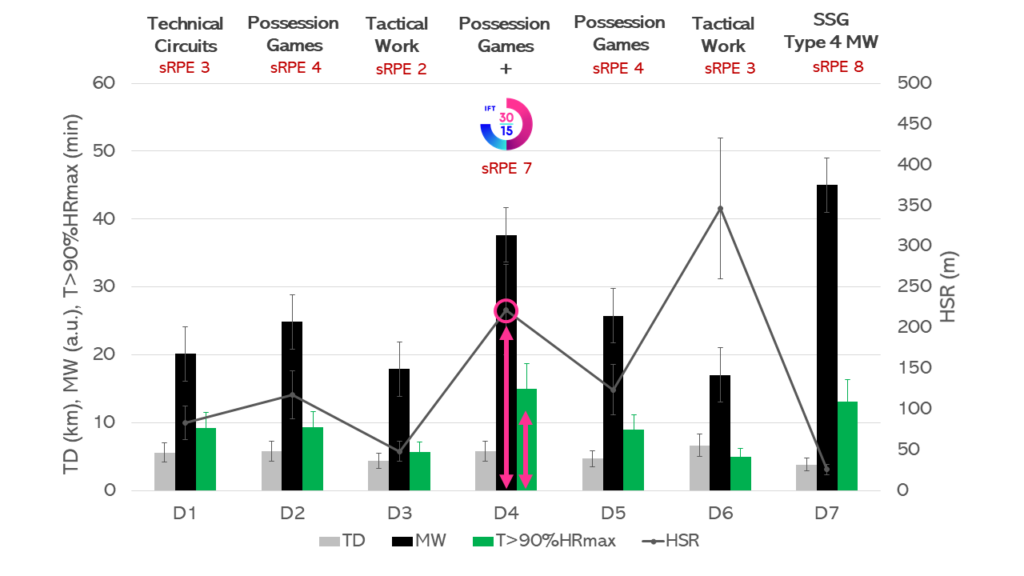 Figure 3. Heart rate and locomotor load responses (with standard deviations) to the 7 pitch sessions of a first week microcycle in an elite academy. Non-pitch-based gym sessions were also programmed on some but not all days. The actual load of sessions 1-3 can be considered as low-to-moderate (low sRPE) in relation to typical in-season sessions (Table 1). The 30-15IFT was programmed on D4. The proportion of the session that arises from the 30-15IFT is shown by the pink arrows and circle. TD: total distance. HSR: high-speed running (>19.8 km/h), MW: mechanical work, sRPE: session rate of perceived exertion (0-10 scale). The main specific session contents are shown on the top of each day. SSG: small-sided games. Type 4 HIIT refers to the following HIIT Science terminology, and specifically to a sequence that involves a high contribution of both the aerobic and anaerobic (lactic) systems together with a strong neuromuscular load.